Question of the month: How to dress as a female scientist?

I had actually another (more nuclear physics type of) question in mind for this first Question of the month, but then, as I was preparing to leave my apartment one morning this week, I remembered another question I got several months ago. 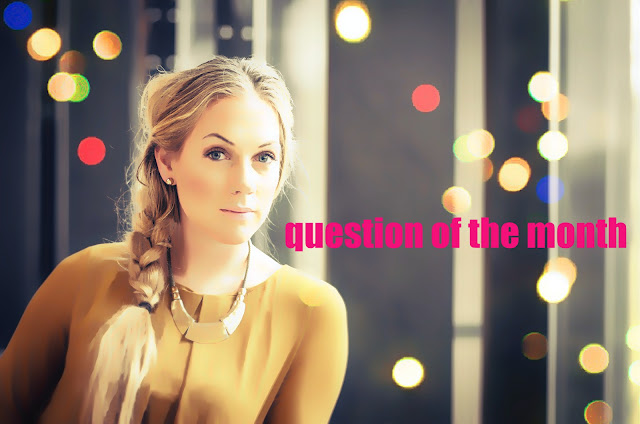 How do you dress for scientific conferences (or similar) - if you want to be feminine and maybe wear dresses, but still want to be taken seriously?
I got to think of this question that I got from another female scientist (she’s also a PhD candidate, I think), the day I was giving my talk at Radiologisk Høstmøte (quoting: "the biggest conference for radiologists, radiographs, doctors, physicists (...)") – I was a little bit nervous; since I always want to be girly, pink me, but I don't want them to take me less seriously… So I decided I want to say something about how to be a girly girl, but still also a serious scientist.

Since a picture tells us more than a thousand words, let's start with some. These are examples of what I wear for the more “serious” type of talks; occasions with a quite conservative audience, where I’m talking about science (@sunnicarose #foredragsoutfit): 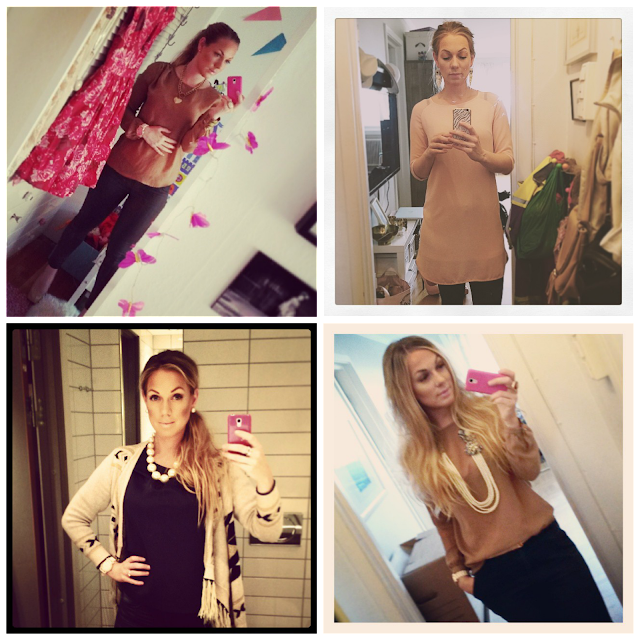 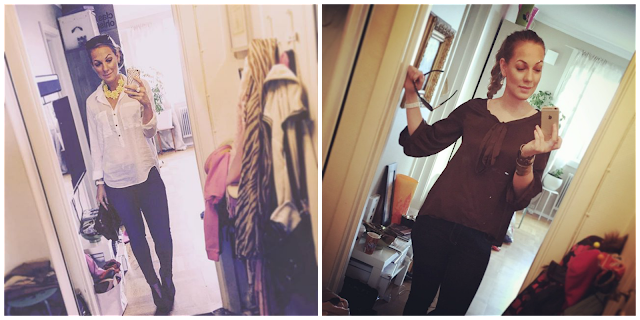 (the picture in the top left is btw from the day I first met Anders, when he came and listened to my talk at "The Gathering2014"...<3 Ok, "The Gathering" is not an example of a conservative audience, but the outfit is still something I could have been wearing to something more "sciency conservative"!)

I have figured out that the more nervous I am, the tighter and stricter I will make my hair, and if I feel like I am in total control of everything I can wear my hair loose. Earlier I was more scared of using colours and stuff, but even then I think I managed to be feminine: HERE is a video from Sunniva being very serious and talking about recycling of thorium based fuels - note the tight bun ;) I think if you have long hair, it is something you can really use to sort of tighten up, or loosen an outfit: If you fear that the outfit is almost too much, just do a strict hair do - I always do variations of the bun (the one in the video is the "strictest" type)
If I’m in doubt of what I should wear I will chose chinos (either dark blue or beige brown) and a feminine top/blouse (it could for example be light pink). Then I will “girly girl” this up with a statement necklace and heels.

When I feel quite certain the audience wont judge me from my outfit, I'm more eager to wear dresses and high heels and colours and all. Here are four examples of those outfits: For the Radiologisk Høstmøte I went for the more "safe side": dark dark jeans, black heels, white top/blouse, pearls, and hair in a bun (not the tightest, but still). My "Sunniva touch" on this outfit was the necklace and a BIG "diamond" on my left hand 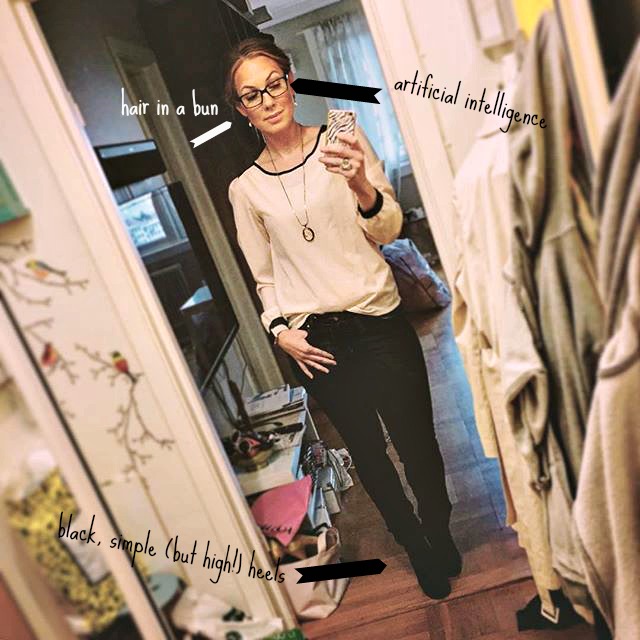 #whatiwore for the talk for the radiologists and physicists - I like to call glasses "artificial intelligence" (hopefully there is also some real intelligence in there) :P there’s nothing wrong with heels – if you like them; just remember never to wear a height you’re not comfortable in (aka you don't have the skills to wear :P ) 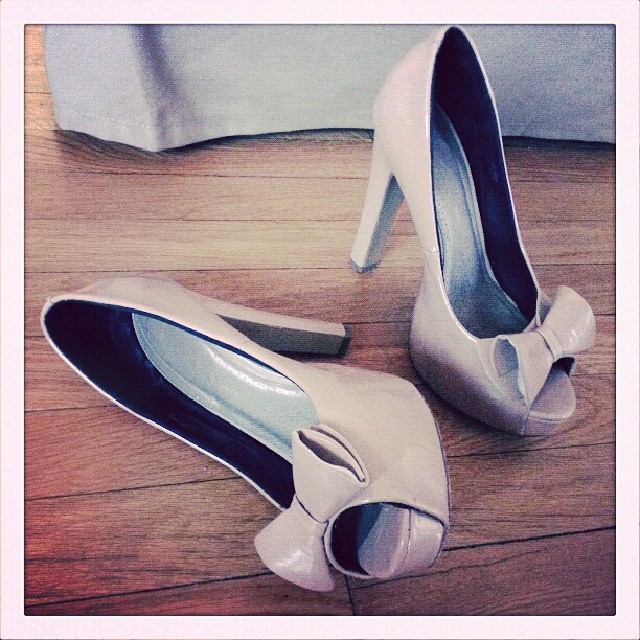 Sort of a rule of thumb: find the one thing that's most important for you, to keep your femininity - heels, accessories, hair, dress/skirt. Do your one feminine thing, and let the rest be more conservative: for example, if you really want to wear a dress, you can "style it down" by wearing flats, a couple of classical, simple ear rings and your hair in a braid or a bun (if it's long). (If you're wearing a dress, be sure that it's one that you're 100% comfortable in, and that it's not one that becomes a liiitle bit to short when you raise youre arms to point or your slides or something :) )

If you want to, or feel you're obliged to wear a blazer, it DOES NOT HAVE TO BE BLACK! When I went to the OECD in Paris with Ludvigsen-utvalget last February we were told there was a dress-code, and suit and a tie was mandatory for men (and similarily for the women). I could have chosen a black skirt, white shirt and a black blazer – but instead I wore a tight, black skirt, white (egg-shell) top and a yellow blazer. And RED lipstick ;)
Unfortunately I don’t have a picture from that trip, but here is a picture of me in the blazer (which is from Zara, btw) where it’s styled in a more of a casual, everyday look: 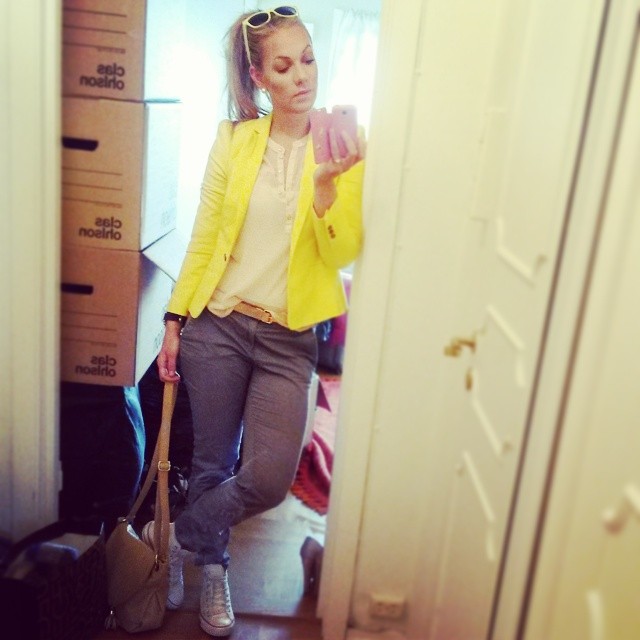 PS: I do get more scared when I want to be taken very seriously at scientific conferences. Twice I have chickened out on the heels, even though that's my feminine thing....

EDIT: This is not what I think every woman/female scientist should do. If you're comfortable in jeans, sneakers and a t-shirt, that's GREAT; but this is for those who love heels and dresses and accessories, and feel that they can't "be themselves" if they want to be taken seriously :)