Today I've made this table (with my new favourite: this calculator :D ): 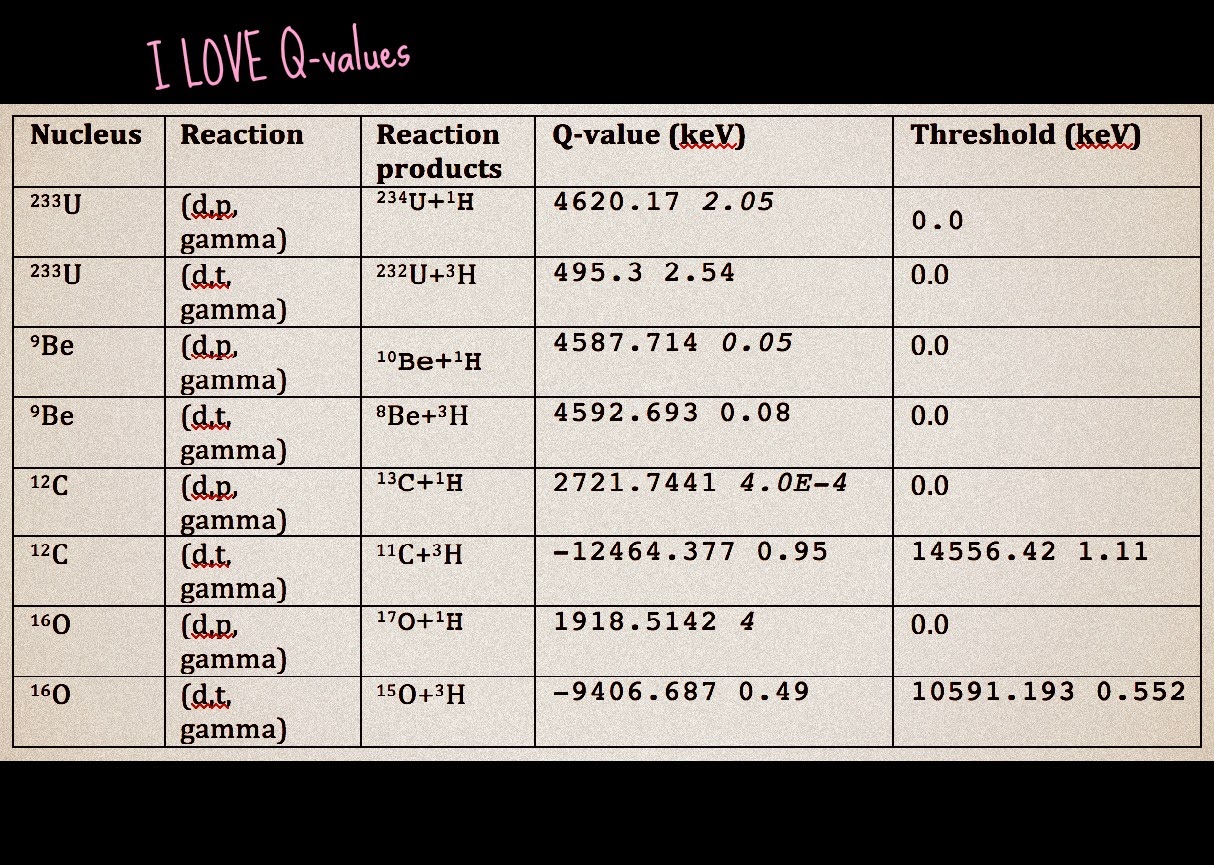 So this beautiful table shows the different Q-values for the different reactions that go on in my experiments (oh, yes, there's beryllium and there's carbon and there's oxygen there - even though it would've been nice if it was only uranium...).
The Q-value tells how much energy that is released in a certain reaction: for the first reaction, for example, the Q-value is 4620 keV, which means that when a deutron hits a uranium-233 nucleus, and a proton goes out of that reaction, around 4600 keV (energy) is released ;). If that same deutron hits an oxygen-16 nucleus instead of the uranium-233, and a triton (instead of a proton) is released, the reaction absorbs energy instead of releasing energy: 9406 keV to be (almost) exact...

I also, finally, submitted my application about changing my theoretical curriculum for my PhD degree :D

It's beautiful at the University these days, btw - don't you agree? Love blossoming cherrytrees:) 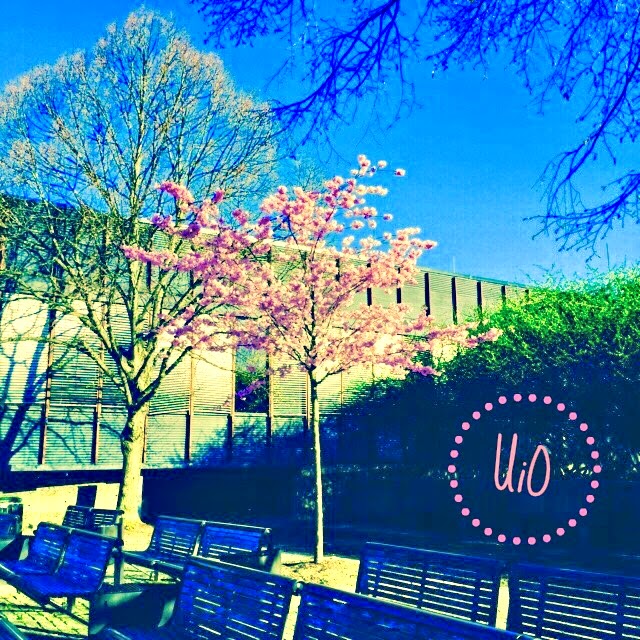