New week, new possibilities, new plan.
But first; an important nuclear jubileum today. One of my favourite elements was discovered - or, chemically identified - on this day, 74 years ago :D Glenn T. Seaborg, Edwin McMillan, Joseph W. Kennedy, and Arthur Wahl bombarded uranium with deuterons and identified PLUTONIUM (element number 94).
Plutonium is of course known for being used in nuclear weapons and reactors, but it´s also used in artificial pacemakers for hearts, and to power units in space probes <3 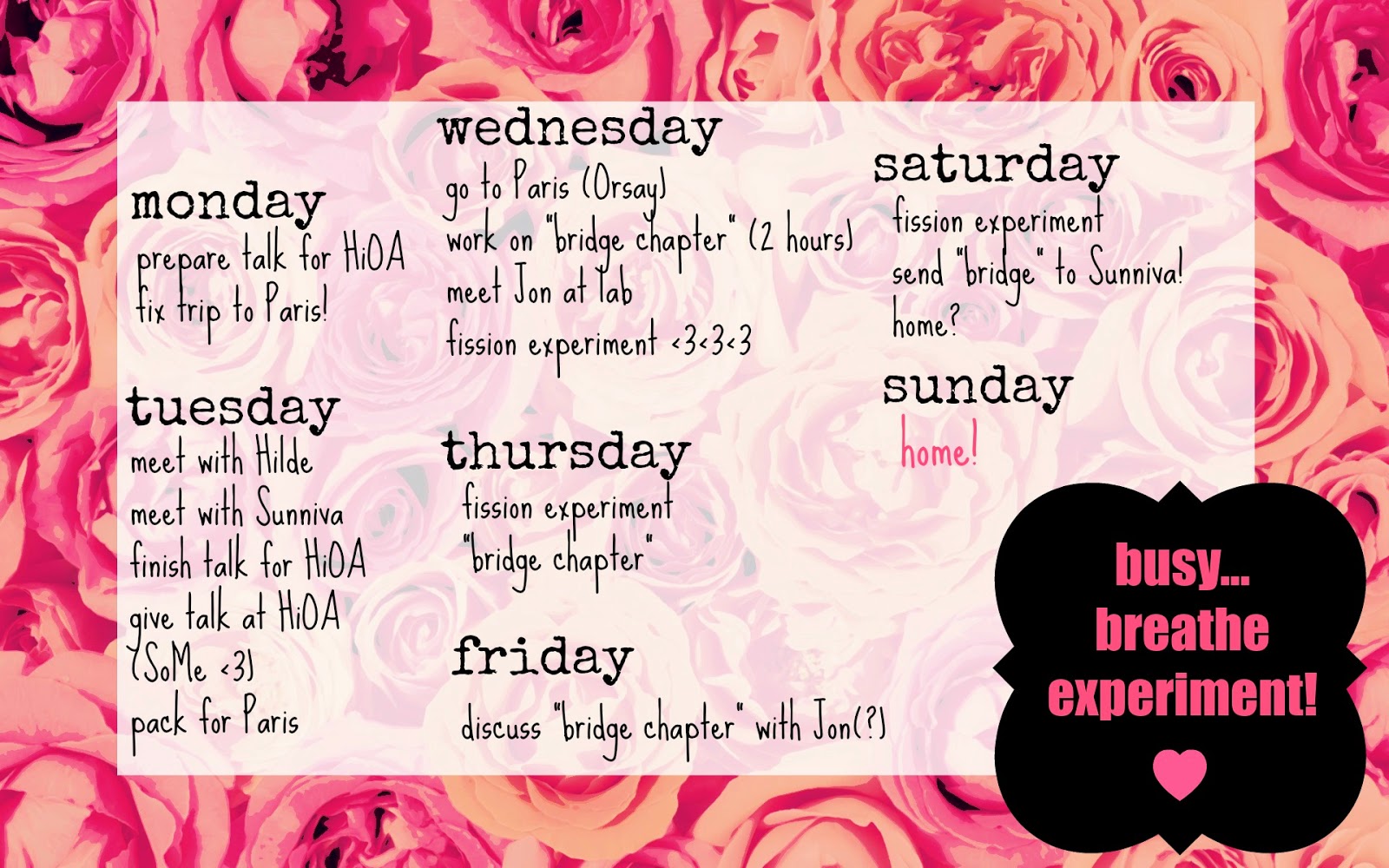 This week is about an exciting fission experiment at the lab in Orsay, outside of Paris, and what I call the "bridge chapter" in my thesis - I have to make a "bridge" between basic nuclear experiments and full core reactor simulations. This is what I see as the most challenging part of my thesis so far (and that´s probably the reson why I´ve been postponing to write for a very long time).
I think it´ll bee a good week, but the next 24 hours are critical ones (a little bit too much to do in too little time)...